David Drake, also known as “Dave the Potter” and “Dave the Slave,” (c.1801-c.1870) was an American potter who lived in Edgefield, S.C. Dave produced alkaline-glazed stoneware jugs between the 1820s and 1860s. As an enslaved African, he often signed his works “Dave,” and is recognized as the first enslaved potter to inscribe his work.

Dave is thought to be born around 1801 on a plantation in N.C. and was owned by Harvey Drake. Dave’s first legal record is from June 13, 1818. It describes him as, “a boy about 17 years old, country born” who was, “mortgaged to” Eldrid Simkins by Harvey Drake. The term “country born” refers to enslaved Africans born in the U.S. rather than their home country in Africa.

During a time when most slaves were illiterate and forbidden from becoming literate, Dave included poetry and often wrote rhyming couplets on his work, in addition to his signature. Because S.C.’s Negro Act of 1740 prohibited teaching enslaved Africans to read and write, making it punishable by a fine of £100 and six months in prison, it is unclear how Dave learned. It is presumed, however, that he was taught by Abner Landrum, a publisher of a local newspaper called the Edgefield Hive, and Harvey Drake’s business partner.

Harvey Drake, together with Landrum, owned a large pottery business. The name of their business, Pottersville, is near Edgefield, S.C. and is now a historical archeological site. During the ante-bellum period, Dave was one of the known 76 enslaved Africans to have worked in the 12 pottery factories.

Dave’s earliest dated verse pot is inscribed “July 12, 1834.” The poetry on his first vessel reads, “Put every bit all between surely this jar will hold 14.” During his lifetime, his pots most likely sold for a few cents per gallon. Today, they are highly prized by museums and collectors.

At the end of the Civil War, Dave was a free man. It is thought he took the surname “Drake” from his first owner. The name “David Drake” is recorded in the 1870 Census, but not in the 1880 Census, so it is believed he died during the 1870s. 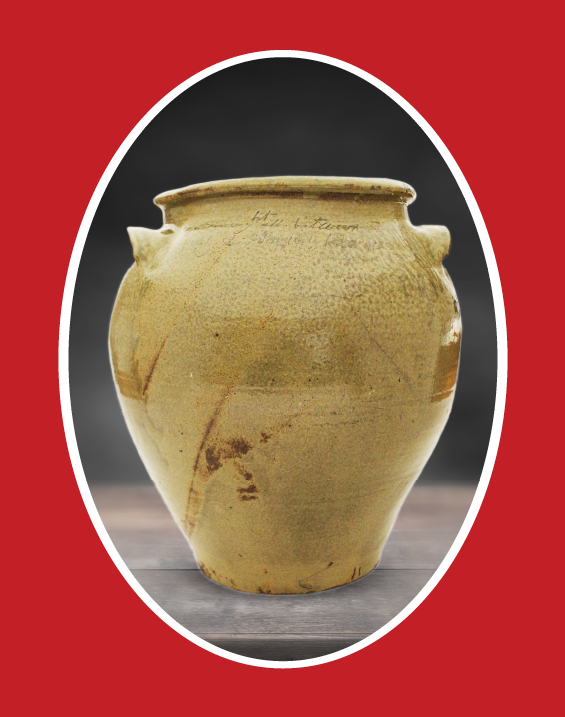