Dorris “Dee Dee” Wright was born in Greenville, S.C. At only fifteen, she joined the Civil Rights Movement, serving as president of the Youth Council of the NAACP Greenville Branch and secretary of the State Youth Council.

In 1960, she was arrested several times for civil disobedience as she led Greenville’s first sit-ins at lunch counters. These sit-ins resulted in the Supreme Court decision Peterson v. Greenville that struck down government-aided discrimination. As one of the “Greenville Eight,” Wright challenged the segregation of the Greenville Public Library. She helped organize statewide protests alongside NAACP leaders like Ruby Hurley.

Wright became one of the plaintiffs in the landmark Edwards v. South Carolina decision, in which the Supreme Court ruled students had exercised constitutional rights in their public assembly and protest of segregation.

She went on to study at Clark College. While in Atlanta, she organized the Black Women’s International Conference in 1975. She earned a master’s degree in counseling and psychology from the University of Missouri. Later, she worked in non-profit and government social services, specializing in mental health care, managing large staffs and multi-million-dollar budgets.

Under the Clinton Administration she was selected to review federal grant applications. She has received the NAACP’s Martin Luther King Humanitarian Award, Elizabeth Duncan Koontz Humanitarian Award, the University of Missouri’s Distinguished Alumna Award, and a Rainbow PUSH’s Freedom Fighter and Legacy Award.

After retiring to Salisbury, N.C., Wright served as the first African American chairwoman of the city’s planning board, as an executive community member of the NAACP, and as the interim director of Salisbury-Rowan Community Service Council. She is a life member of Zeta Phi Beta Sorority, Inc. and serves as co-chair of Salisbury 2040 Comprehensive Plan. 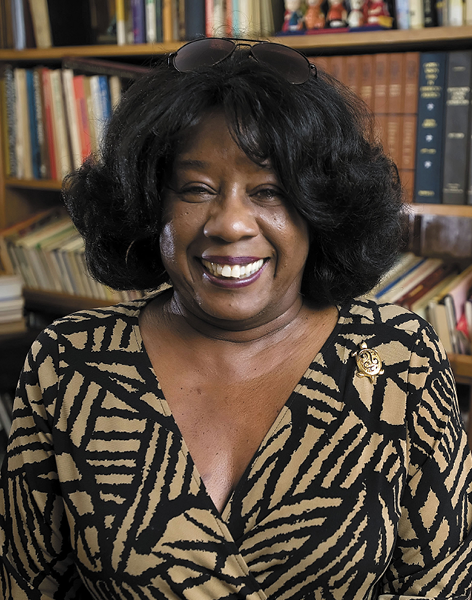