Rev. Joseph H. Neal was born on August 31, 1950 to the late Mrs. Laverne Kohn Neal and the late Rev. C.R. Neal of Hopkins, S.C. He was the third of four children. His compassion for people at an early age foreshadowed his community activism, call to the ministry, and public service for social justice.

Rev. Neal was educated in the public schools of Richland County and graduated from C.A. Johnson High School in 1968. Subsequently, he earned a B.A. degree in Psychology from Benedict College and pursued post-graduate studies at Colgate School of Divinity and the Pittsburgh Theological Seminary. He received an honorary Doctor of Divinity degree from Benedict College.

While pastor for 30 years of Calvary Baptist Church in Chester, Rev. Neal was elected to the S.C. House of Representatives in 1992 and served 25 years representing District 70. During his tenure, he sponsored numerous pieces of social justice legislation aimed at improving the quality of life for all South Carolinians. He was responsible for the introduction and passage of South Carolina’s first anti-racial profiling legislation that became law in 2005. As a constant voice for clean water and environmental justice, he sponsored legislation, the Environmental Bill of Rights, each year for 25 years to amend the South Carolina Constitution to codify the fundamental right of all South Carolinians to a clean and a healthy environment. In the General Assembly, Rev. Neal served as Assistant Democratic Leader and as Chair of the South Carolina Legislative Black Caucus. A crowning moment of his legislative career was his televised remarks on the State House floor to remove the Confederate flag from the State House in 2015. It is widely recognized as one of the most moving speeches that contributed to the passage of legislation that removed the Confederate flag after 53 years.

Rev. Neal was a compassionate force who gave voice to the voiceless and stood tall for those who could not. In addition to being the co-chair of the South Carolina Progressive Network, Neal was also a member of the NAACP, the Kappa Alpha Psi Fraternity, Inc., and many other organizations. The Joseph H. Neal Health Collaborative in Columbia is named in his honor. He passed away on February 14, 2017. 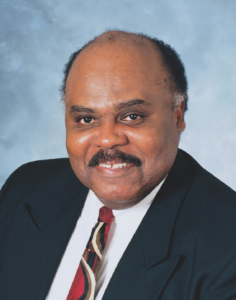