Dr. Roy I. Jones is a lifelong educator who has served in South Carolina institutions for nearly 40 years. Jones is the Executive Director of the Call Me MiSTER program and Provost Distinguished Professor in Clemson University’s College of Education. MiSTER works to increase the number of teachers from diverse backgrounds, particularly among the nation’s lowest performing schools.

The program is the most recognized collaborative in the nation for recruiting, retaining and developing fully certified, career-minded African American male elementary and middle school teachers. It currently represents 24 colleges and universities in South Carolina and 10 institutions in nine other states.

MiSTER has more than doubled the number of African American males teaching in public elementary school classrooms. There is a 90 percent retention rate of program graduates who are still teaching with eight percent leading schools in administrative roles. Through numerous journal articles, citations and awards, for both Jones and the program, MiSTER has demonstrated success in diverse academic environments.

Jones is a fierce advocate for historically black colleges and universities (HBCUs) as early pioneers in producing black educators. Under Jones’ leadership, the Call Me MiSTER program has generated millions of dollars in revenue, much of which supports students attending HBCUs.

Jones previously served as a department chair at Claflin University and was instrumental in it becoming the first historically black, private institution in the state to be accredited by the National Council for the Accreditation of Teacher Education. Jones has also served as director of employment for the Charleston County School District. 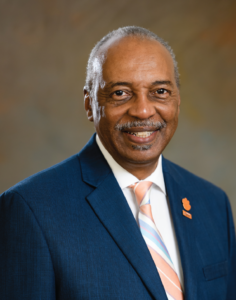