A native of the Florence area, Allie Brooks earned a bachelor’s degree and a Commission as a 2nd Lieutenant in the United States Army from South Carolina State University in 1968. Afterwards, he received a master’s degree in Education Administration from the University of South Carolina in 1974 and Education Specialist Degree in 2014. He completed the Institute on the Principal and School Improvement in 1987 at Harvard University. In 2006, he was awarded an honorary degree from Francis Marion University. He serves on the Board of Trustees of McLeod Health.

He has served as president of the S.C. Association of Secondary School Principals (SCASSP), the 4-A Principals Conference, and the S.C. High School League. Brooks was named Outstanding Principal of the Year in 1986-87 and 2000 by the SCASSP. Brooks was the recipient of the Florence Civitan’s Citizen of the Year award in 1987, named Citizen of the Year by the Chi Iota Chapter of Omega Psi Phi Fraternity, Inc. in 1989, and selected as Educator of the Year by Phi Beta Sigma Fraternity, Inc. in 1995. Brooks retired in 2005, after having served in Florence area public schools for more than 35 years as a teacher, principal, and superintendent of schools.

Brooks was honored as the 2005 Distinguished Graduate by The School Foundation of Florence School District One. He has been active in numerous civic and professional organizations in Florence such as the House of Hope Ministries and the editorial advisory board for the News Journal. He is a past member of the Board of Directors of the Boys and Girls Club of the Pee Dee and was named their 2009 Champion for Youth. In 2009, he received the South Carolina Board of Education Volunteer Award, and then in 2010, the Ashby P. Lawrimore Award. He has served as a college professor at Cambridge College in Augusta, G.A.

He and his wife, Barbara Faye, share three children, a daughter-in-love, and three grandchildren. 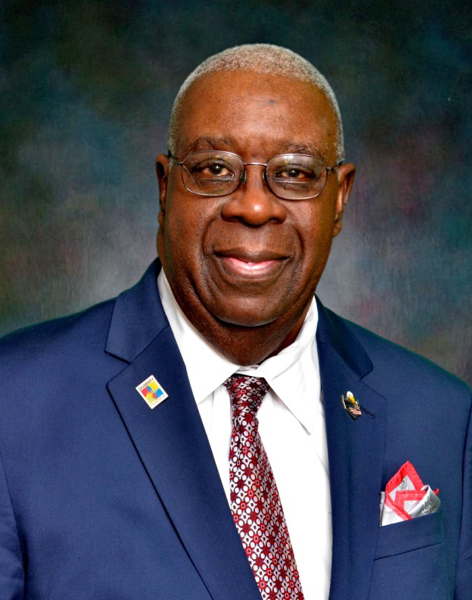