Throughout Hall’s career, he has been a resolute advocate for civil rights and the voiceless. In high school, he organized a boycott against a major bread company after a deliveryman struck a black female storekeeper for complaining about delivery of stale bread. While at Morris College, he was removed from his radio broadcast and threatened when he spoke out against racism and segregation.

In October 1959, Jackie Robinson, the famed baseball player, was a keynote speaker for the South Carolina NAACP annual conference in Greenville. When Robinson prepared to depart the Greenville Municipal Airport, Rev. Hall, Mrs. Hall, and others accompanied him. While waiting in the main airport lounge, the group was told to move to the colored section. They refused, which culminated with Hall organizing the first march on the Greenville Municipal Airport in January 1960. In subsequent sit-ins in Greenville and throughout the South, organizers were jailed for civil rights advocacy.

Reverend Hall has served as Vice President of the Baptist Educational and Missionary Convention of South Carolina, and the S.C. NAACP and as President of the Congress of Racial Equality (CORE) in Greenville, Operation PUSH (People United to Save Humanity), the Baptist Minister’s Conference, and the Pennsylvania Baptist Convention. He also served on the Board of Trustees of Morris College.

As senior advisor to lawmakers representing Pennsylvania, Hall continues to give voice to the voiceless within his community. Awards presented to Hall include the Unity Global PUSH Legend of Civil Rights, South Carolina Shining Star Award from the South Carolina E&M Baptist State Convention, and the Legacy in Social Justice Award from Rainbow Push. In 2019, the Rev. Dr. James S. Hall Jr. Lecture Series in Philadelphia was named in his honor. 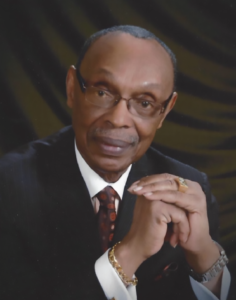