Nathaniel J. Frederick was born in 1877 in Orangeburg, S.C. His father was a Methodist Episcopal minister who was a former slave, as was his mother. Frederick fought for equal rights for African Americans in the early 1900’s. His work is considered a forerunner to the civil rights movement.

Frederick earned a bachelor’s degrees from Claflin University and the University of Wisconsin- Madison, the latter in history and Latin. Claflin and Benedict College also honored Frederick with honorary master’s degrees.

In 1901, Frederick became principal of the Howard School, the only public school for black children in Columbia, S.C. with an annual enrollment of more than one thousand students. He was the first African American to practice law in Richland County and remained the only practicing black attorney until 1940.

In his 25-year legal career, he argued 33 cases before the United States Supreme Court, several of which earned national recognition. At a time when local and state laws enforced segregation, Frederick was well known in legal circles throughout the country for his passion for equality and justice.

He also served on the executive committee of the Capitol Civic League, an organization whose sole purpose was to contest and contend for constitutional rights and privileges. Frederick led efforts to merge the league with the NAACP, and the Columbia chapter of the organization grew to more than 750 members. He also founded and edited the Palmetto Leader, a major black newspaper in South Carolina that spoke out against lynching.

Frederick died in Columbia one week before his 34th wedding anniversary in 1938 and is buried at Palmetto Cemetery. A memorial published a year after his death stated that “his appeals for the underman were strong and he cried for justice and mercy for the negro race.” William Pickens, field secretary of the NAACP also referred to Frederick as the bravest man in South Carolina. 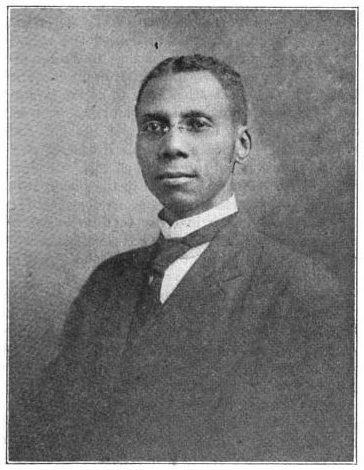