Judge Richard E. Fields was born and raised in Charleston, S.C. He attended high school at the Avery Institute, graduated from West Virginia State College in 1944, and earned his law degree in 1947 from the Howard University School of Law. He was one of the first African Americans to open a law office in Charleston since the early 1900s. Judge Fields’ private and professional endeavors have included many religious, civic, and political activities, acquiring leadership positions in each area.

When Judge Fields returned to Charleston after law school, he resumed his membership at the historic Centenary Methodist Church. He was elected treasurer of that congregation around 1950 and retains that position to this date. Judge Fields served as the church’s delegate to the South Carolina Annual Conference for more than 50 years and was a member of the Merger Committee in South Carolina when the white and black conferences of the United Methodist Church merged in the late 1960s and early 1970s.

In 1950, along with several other black citizens, Judge Fields formed the Charleston County Political Action Committee (PAC) for the purpose of organizing black voters and educating them in the power of the ballot, and for the additional purpose of electing blacks to political office. This group, through its screening committee, was able to influence elections in Charleston for a decade. Judge Fields also conducted legal work on behalf of the National Association for the Advancement of Colored People (NAACP).

In 1952, he was elected to the Board of Trustees of Claflin College in Orangeburg. He also represented the university as its attorney and served on many of its committees during his almost fifty years on the board. In 1992, a scholarship was established in his name to provide financial assistance to students of merit.

Judge Fields’ leadership in the South Carolina legal community continued when he was selected as a Municipal Judge for the City of Charleston in 1969. He served in that position until becoming a Family Court judge in 1975. In 1980, Judge Fields was elected as a judge of the Circuit Court of South Carolina until his retirement in 1992. His portrait hangs on the fourth floor of the Charleston County Judicial Center and in one of the United States Post Offices in Charleston which is officially named after him. 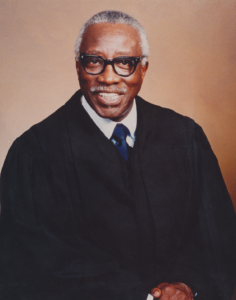