Her literary career began in Houston, Texas with the publication of “Spice of Dawns” (1952), a collection of poems that was nominated for the Pulitzer Prize. “Hawk,” an allegory of freedom made analogous to space flight, followed and was published on July 11, 1957, just 11 weeks before the launch of Sputnik I. “Hawk” would later earn praise from the National Aeronautics and Space Administration (NASA) at their Lyndon B. Johnson Space Center where enlarged reproductions of the writings are exhibited.

Dr. Ayers’ talents and interests also include the research of world cultures. She studied classical Greek at Rice University, Columbia University, and Princeton University. In addition, she has studied and translated texts on Mayan culture and astronomy.

In 1973, while still living in Houston, Texas and working with the Harris County Community Association, she collaborated with certified teachers to create her signature program, “Workshops in Open Fields.” This method of education was recommended to the nation as the prototype of grassroots arts programming by Nancy Hanks, who was then Director of the National Endowment of the Arts. The program continued with funding in Houston for nine consecutive years. Dr. Ayers was invited to serve as an advisor to the endowment as a member of The Associated Councils of the Arts.

Dr. Ayers is also the Founding Director of the Brainerd Institute Heritage. For more than a decade, her Workshops in Open Fields has been active on the Brainerd Institute campus in Chester. In addition to visual arts education, the program also serves Chester residents and surrounding areas by presenting Free Dance Days, with faculty from the Debbie Allen Dance Academy, as well as a Summer Preschool Literacy Program. 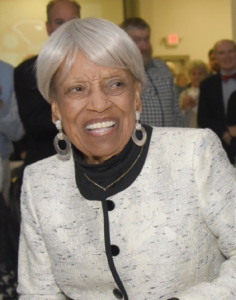